For any venue, from Theatre to Village Hall or Marquee, this is entertainment for everyone.

The essence of an Opera Dude show is 'Expect The Unexpected!' A glorious combination of top quality singing and music-making sit alongside slapstick comedy, ridiculous impressions and audience participation.

This fearless pair chart their journey through a variety of musical styles, always on the lookout for their evil nemesis, Donald Duck. Be prepared as the Dudes take you on a journey through their crazy careers, with wonderful music and an ill-judged attempt to turn the audience into a corps de ballet!

This unique cocktail of funny stories, singalongs and heart-rending music will leave you both shaken and stirred. 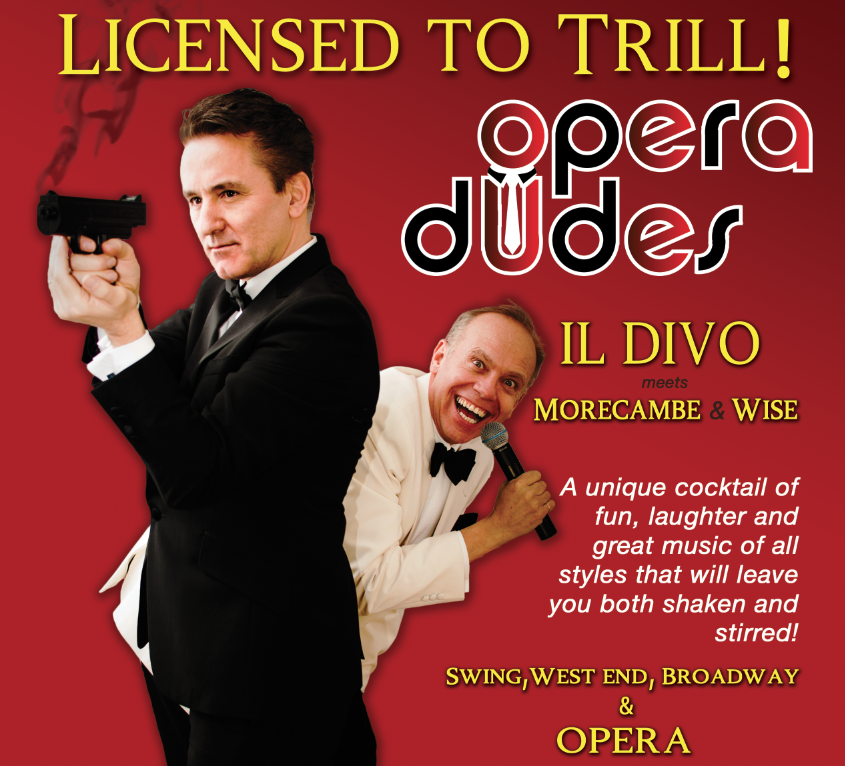 Grand Opera, West End showstoppers, heart–rending ballads, classical piano, ridiculous impressions and slapstick humour all on the same bill?
What are the chances of an ex-brickie and an ex-Cambridge scholar teaming up for one of the most unusual musical duos since Morecambe and Wise.

This is is Mission Improbable! The one where two French waiters come face to face and the audience learn the hidden mysteries of Bel Canto! 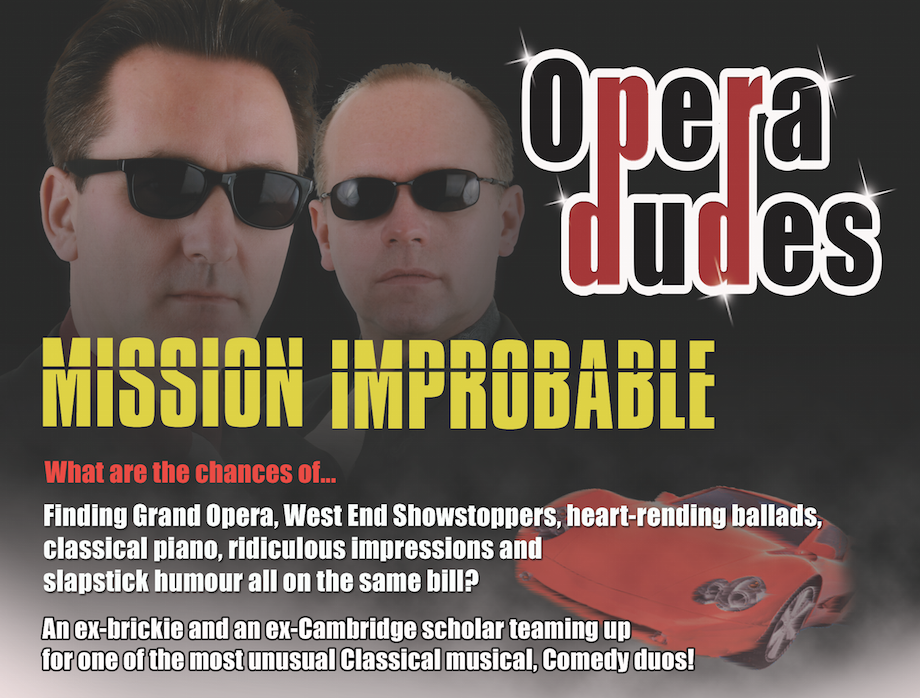 They've been practising their scales, studying their 'Tuna' day books, put their heart and sole into preparations and now the Opera Dudes are ready to give you a whale of a time!!

In this show they make you an offer you can't refuse; two hours in the company of Opera's answer to the Spice Girls - Posh and Bricks with some of the most romantic music, the sharpest suits and the corniest jokes! Be invigorated by Verdi, ravished by Rachmaninov and bowled over by Bernstein. Don't miss this unique entertainment. Come along for 'salmon chanted evening' and be instructed by two German cultural emissaries in the secrets of the art of German comic opera. 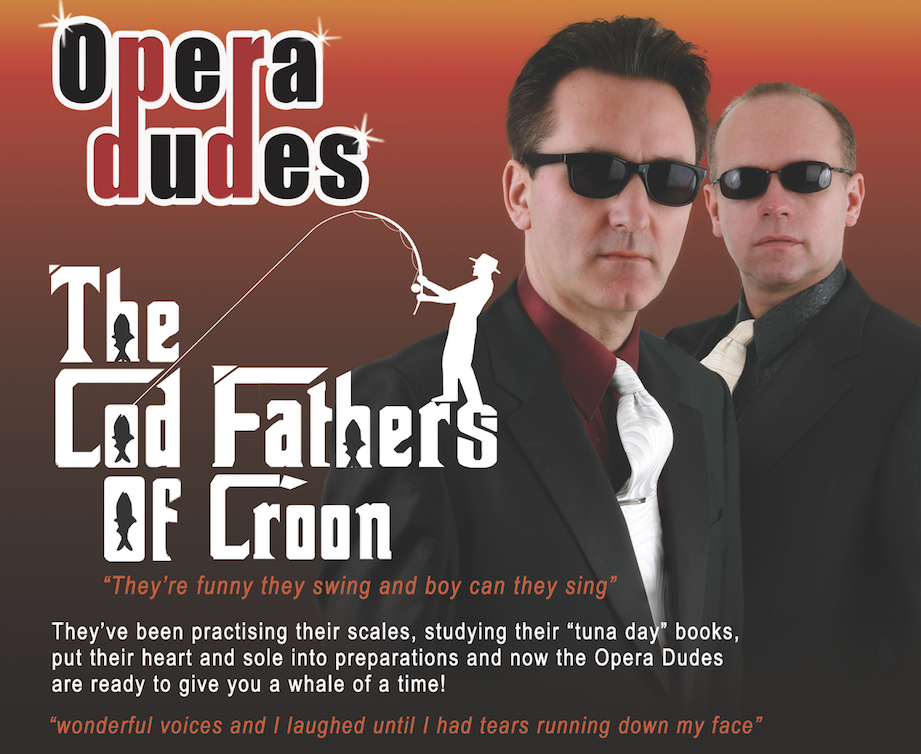 Russian around the UK

You see them here, you see them there, those Opera Dudes are everywhere! With new songs, ridiculous sketches and a couple of imitation Cossack hats, the unpredictable and hilarious Opera dudes take their brand new 2015 show to every corner of the land.

Another original show from the Dudes. Following on from the success of the three previous shows, demand has forced these two to dig deep and produce another great night's entertainment.

With a smattering of Opera, a portion of swing  and lashings of the ridiculous, you must be prepared to be entertained and astounded in equal measure. 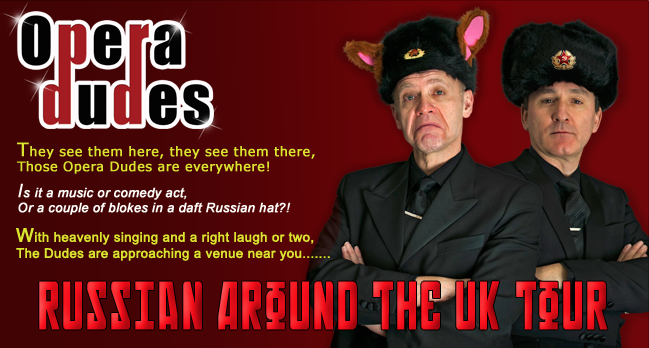 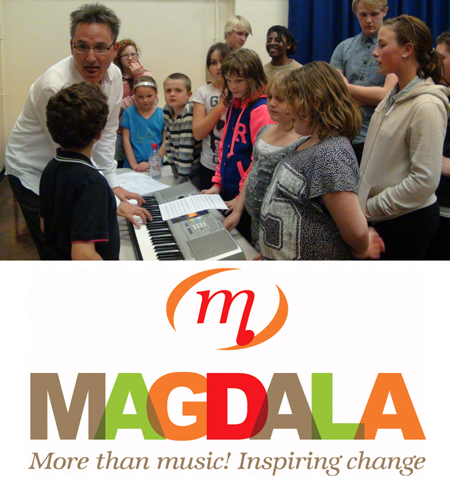 The Last Streetwise Opera Workshop for the Summer 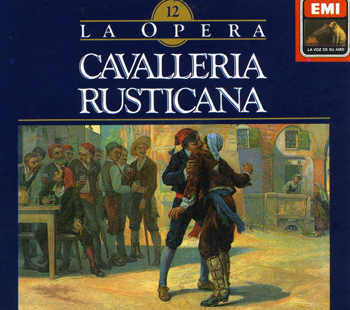 The curtain fell not only on Streetwise Opera's Cavalleria Rusticana but also on our summer sessions!!

It has been a hell of a week for The Opera Dudes. We have had the regular Streetwise Opera workshop, three rehearsals, appeared on BBC Radio Nottingham and performed at Sophie Snell's birthday party at the Breadsall Priory Marriott Hotel & Country Club....

It has been a hell of a week for The Opera Dudes. We have had the regular Streetwise Opera workshop, three rehearsals, appeared on BBC Radio Nottingham and performed at Sophie Snell's birthday party at the Breadsall Priory Marriott Hotel & Country Club! - See more at: http://www.operadudes.com/opera-dudes-blog.html#sthash.EgxWc42C.dpuf
Matt Peacock MBE the Boss, came to Streetwise Opera Today! - See more at: http://www.operadudes.com/opera-dudes-blog/2014/07/09/matt-peacock-mbe-the-boss,-came-to-streetwise-opera-today!/#sthash.MLx1woMC.dpuf 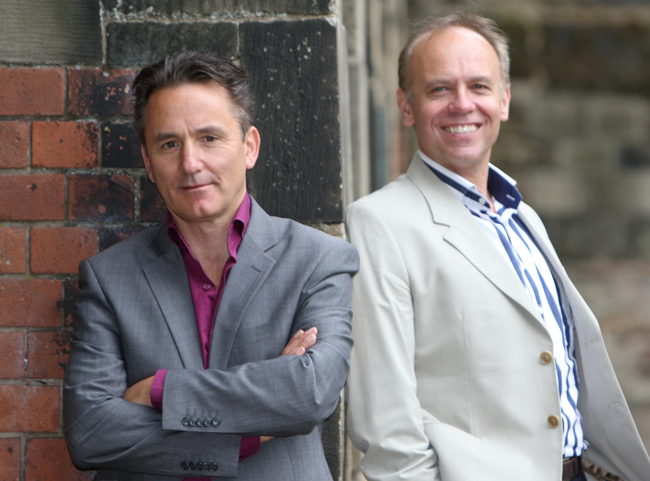