One moment they’re moving members of the audience to tears by the emotion of an intense operatic aria – the next they’re making them cry with laughter at their slapstick humour and comedy impressions. 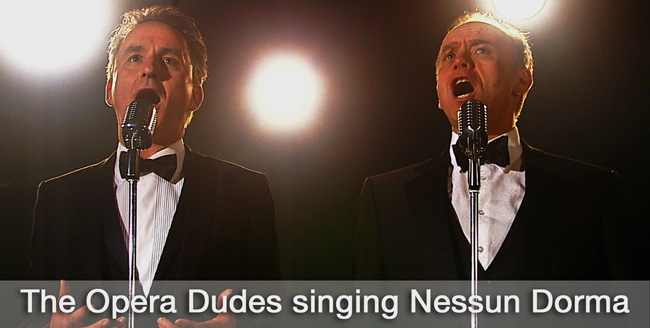 'They're funny, they swing and boy can they sing.' Buzz Magazine

Neil Allen came to singing later than most, and via the unusual route of bricklayer / singing comedy duo hobbyist. After private training, however, Neil's concert platform work has been extensive, and he has sung with the Royal Philharmonic Orchestra, City of London Sinfonia and the Orchestra of Opera North.

'These are conspicuously skilful performers - everyone is exhilarated on stage and off!' Guardian