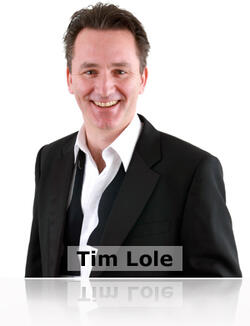 After five years as a chorister at St Paul's Cathedral, Tim Lole continued his musical studies at Trinity College Cambridge, where he was Organ Scholar, The Royal College of Music and the National Opera Studio...

He began his freelance career as a guest member of the Music Staff at The Royal Opera House, Covent Garden and for City of Birmingham Touring Opera.

From 1991-95 he was Staff Conductor at Scottish Opera, where he conducted several operas, including The Turn of the Screw, which was filmed for BBC2.

In 1992, he won the Donatella Flick Conducting Competition at the Queen Elizabeth Hall in London. Since then he has conducted operas for most of the opera companies in the UK.

In 1997 Tim started studying singing with Michelle Wegwart and became Artist In Residence at Magdala in 2000. In this role he has conducted, accompanied, written arrangements for and sung with the chorus as well as running education workshops throughout the country.